Louisa Reeve, the daughter of a successful British Gem-trader, and her husband Elliot, a charming, thrill-seeking businessman, seem like the couple who have it all. Except what they long for more than anything : a child.

While Louisa struggles with miscarriages, Elliot is increasingly absent, spending much time at a nearby cinnamon plantation overlooking the Indian ocean. After his sudden death, Louisa is left alone to solve the mystery he left behind. Revisiting the plantation at Cinnamon Hills, she finds herself unexpectedly drawn towards the owner, Leo, a  rugged outdoors man with a chequered past. The plantation casts a spell, but all is not what it seems. And when Elliot’s shocking betrayal is revealed, Louisa has only Leo to turn to …

Louisa is married to Elliot, who works for her father as a gems trader. To everyone they seem to have the perfect life, however that is not the case. All Louisa has ever wanted is a child, but she has had three miscarriage’s and a still born daughter. So her dream of having a child is seems very far away. Elliot spends a lot of time away from Louisa, Seeking thrills, diving off high rocks and sailing. He also goes to the cinnamon plantation, that he has shares in, a lot, he never seems to be at home for longer than a couple of days at a time.

When suddenly, on the day of their wedding anniversary, Elliot is killed in car accident, when he should have been sailing, everything that Louisa thought was true becomes a lie.

Another fabulous book from the wonderful Dinah Jefferies.

As you would expect, its a tale full of love, lies, friendship and heartbreak, all set in a far-flung country in the long and distant past. What a page-turner, set in Ceylon in the 1930’s amongst the tree’s of a cinnamon plantation this is Dinah at her best, you can almost smell the heat.

What I love the most about Dinah’s writing is that it so descriptive, almost like you are there standing under a huge palm tree ( or Cinnamon tree in this case !) watching the story unfold.

A beautiful, gentle read, that’s just like a huge hug ! it picks you up and keeps you really engrossed until every last word.

I have always been a huge fan of Dinah’s, ever since I was sent her very first book when I was starting out in the reviewing world, and I have never been disappointed, her books just seem to get better and better. In fact I would say this is her best yet !

A huge Thank you to Georgia Taylor for the review copy of the book. 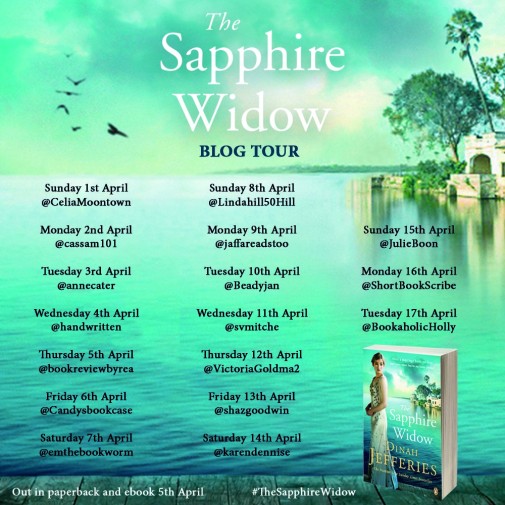 Comfort reads with a dash of fun